Tuscany is one of the main central Italian regions. The chief town is Florence. The other province chief towns are:  Lucca, Pisa, Siena, Livorno, Grosseto, Massa-Carrara, Arezzo, Pistoia and Prato.

Tuscany is one of the most interesting region from a tourist point of view and one of the main world destinations.  The cities of art, the medieval villages, the coast, the countryside, the wines, the history and the food, make Tuscany a unique region, famous all over the world and symbol of quality and life style: “Voglio vivre così” (I want to live this way). 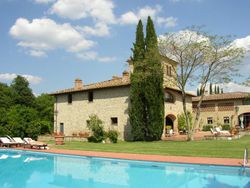 One of the best way to discover and enjoy all what Tuscany can offer to who decides to spend a holiday in such a beautiful region, is to rent a villa, a typical Tuscan country house (stone rustic houses), a castle or simply an apartment in a medieval village or in a agriturismo.

In the Sumer time there is no better think than relax and refresh itself with the family or friends in a villa or independent house with pool.

For those looking instead for history and art, to rent an apartment in a medieval village or a city of art is the best solution.

Just choose among the many Vacavilla proposals. You will find the more suitable solution for your needs and those of your family or friends. For your tailor made holiday, rent a villa or an apartment, in the countryside or on the sea, in a small village or in a city of art and enjoy your next holiday in Tuscany with Vacavilla

View all the holiday homes in Tuscany

Florence and the renaissance 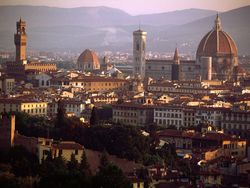 Florence was the capital of the Renaissance. The Uffizi, the Galleria dell’Accademia with the Davide, the Signoria square with Palazzo Vecchio, Pontevecchio, Boboli and Palazzo Pitti, Michelangelo square, Santa Maria del Fiore, Santa Maria Novella, Santa Croce and then the Arno river, Giotto, Cimabue, Michelangelo, Donatello and the great artists who used to work for the Medici, the magnificent villas poised on the hills around the city. The city of the Guelfi and Ghibellini. The city of the Renaissance, that became capital of Italy before Rome. The city that hosts the Italian fashion with the “Pitti” exhibition, rich in great hotels, trattorias and restaurants.

View all the apartments in Florence Siena. Beautiful poised on the Tuscan hills. The City of the Palio with its “contrade”. Siena is an important university city, it has a great tradition in basket earlier with the Mens-Sana and now with Monte dei Paschi which has won the last A men championships. The dom, San Domenico, Piazza del Campo with the Mangia tower, the small alleys and the medieval palaces.

Pienza, Cetona, Montalcino, Montepulciano are part of its province as well as four of the eight Chianti municipalities, Monteriggioni, San Gimignano, Volterra and the Crete Senesi. Chianti, Brunello di Montalcino, Vino Nobile di Montepulciano are the most important red wines produced in the Siena province. San Gimignano instead is famous for its Vernaccia, white wine of a long tradition.

And then the SPAs: San Casciano dei Bagni, Rapolano, San Filippo dei Bagni, Bagno Vignoni are some among the many thermal areas of the province of Siena.

View all the holiday homes in Siena and surroundings 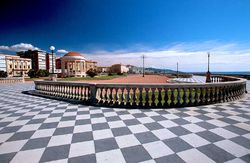 Livorno, the most important port in Tuscany which dates back to the Medici period, is the third city of the region and chief town of a province that hosts some of the most beautiful Tusca coastal towns such as Castiglioncello,  Castagneto Carducci, San Vincenzo, Populonia, as well as the islands of the Tuscan archipelago: Elba, Giglio, Giannutri, Gorgona, Capraia, Montecristo and Pianosa, mostly reachable by ship from the port of Livorno.

The Costa degli Etruschi, homeland of great noble families like the Della Gherardesca and the  Antinonori, has in Bolgheri, a beautiful medieval village made precious by the long cypresses alley of which Carducci wrote in his works, an example of the interesting things to see there. It is also production area of some of the great Tuscan wines: Sassicaia and Ornellaia Lucca: noble and rich, famous for its splendid churces, the city walls and above all for the royal villas of Marlia and the Versilia coast.

Viareggio with its Carnival and the port, Forte dei Marmi, the Versilia pearl,  with its dog and golden beach, the restaurants and the many fashion shops, and then Camaiore and Pietrasanta, beautiful small towns on the hills overlooking the Tirreno seas, rich in history and art. The wine production is near  Montecarlo.

View all the holiday homes in Lucca and surroundings Prato: a town famous for the textile factories and today for the Chinese community (one of the most important of Europe) and also for being the birth place of Filippo Lippi and Filippino, very important artists in the panorama of the Tuscan Renaissance.

Not to be forgotten the Mattei “cantuccini” and  “mantovana” , the Pecci Modern Art museum and the textiles museum. In the hills between Prato and Empoli the red wine Carmignano is produced. 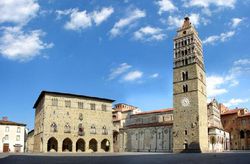 Pistoia: a medieval jewel with its splendid piazza della Sala and the Duomo square. Rich of restaurants and trattorias has a very important historic centre. Montecatini, Monsummano Terme and the Val di Nievole, the Abetone, the Appenini most important ski area. Gorgeous the Villa di Celle in Santomato which hosts one of the world most important modern art private collections. The province of Pistoia is also known as the Chocolate Valley thanks to some of the best Italian chocolate masters who have a long tradition in Pistoia. Arezzo. Another example of medieval jewel town in Tuscany. Famous for its Antiquities market, for the Giostra del Saracino and for being birth place of Francesco Petrarca. In its territory rises the Arno river which flows mainly through the beautiful Casentino area (Poppi, Abbazia di Romena). Not to be missed also Cortona and the Val di Chiana.

View all the holiday homes close to Arezzo 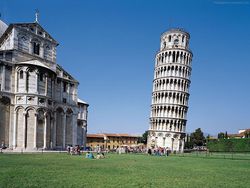 Pisa: the town of the pendent tower and the Normale university. Crossed by the Arno river, it hosts the beautiful “Piazza dei miracoli” (the miracles square). Tirrenia on the coast, with its two golf courses,  Casciana Terme and San Miniato, this latter famous fot the white truffle.

View all the holiday homes in Pisa and surroundings 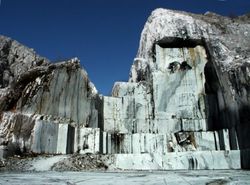 Massa and Carrara: the Apuane Alps and the marble which Michelangelo used for his great works. The Riviera Apuana which links the Versilia coast to Liguria. The Malaspina lands; the Lunigiana with its traditions and food and wine. The Vermentino di Luni, one of the best Tuscan white wines. 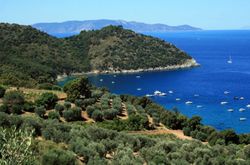 Grosseto means Maremma. Countryside, seas, spa and Etruscans. Castiglione della Pescaia, Argentario, Punta Ala, Saturnia, Montemerano, Sovana and the Parco Nazionale dell’Uccellina, Capalbio and Roselle. The land of the “butteri”, of the horses and cows typical of the Maremma.  In the province, among others, the Morellino di Scansano, a red wine, is produced.

View all the holiday homes in Maremma

Other destinations in Tuscany